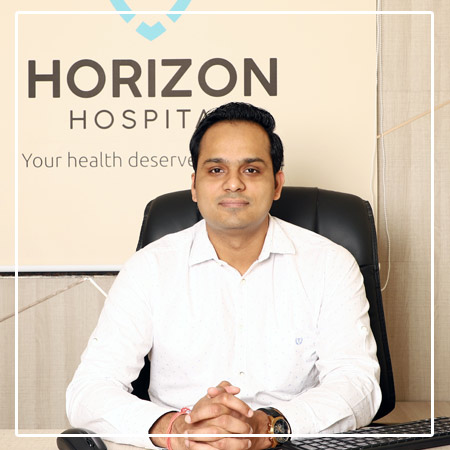 Dr. Kshitij Dwivedi is a Prosthodontist and Implantologist. He has been educated at two of the best institutions of India. He did his BDS from KLE Belgaum followed by his MDS in Prosthodontics and Implantology from Rama Dental College Kanpur. He also received formal training in cosmetology and cosmetic dentistry in Delhi. After practicing at Gurugram and Rohtak for a while he moved to NH MMI Raipur as Head of the department of dentistry. At Horizon hospital he brings forward his experience of working in and establishing best working cultures, standard operating procedures and his rich experience in the field of dentistry.